In the last year, watching Australian Politics has been like a fucking soap opera. Just when you think shit can’t get any more ridiculous, someone goes and does something else that beggars belief. I suppose I should be glad I’m not an American right about now, but the donkeys running our country aren’t really much better.

There are a lot of things that are pissing me off lately. For instance DO NOT get me started about this dual citizenship malarkey (it’s perfectly OK for the Greens senators to resign and have everyone sling every kind of shit their way, but nooo heaven forbid a smarmy git Liberal senator gets caught with their pants down and all of a sudden it’s an understandable mishap… fuck off!). The thing that is most getting me annoyed though is the postal survey.

If you’re in the 3% of people who read this who are not Australian or a member of my extended family, the topic of Marriage Equality is one that appears to be dividing the Australian Government. Instead of doing the simple thing and just voting the fucking thing into existence, they are delaying by firstly handballing the decision to a plebiscite, except now it’s not a plebiscite anymore because the Australian Bureau of Statistics is now running and secondly, even if the survey results is an overwhelming yes, there’s nothing that says that they actually have to change the law. It’s a gigantic waste of money that could be better spent on so many other things. Grow some balls and vote, already.

What’s really concerning to me however, is the amount of vitriolic hatred that seems to be spewing forth from people, even from friends of mine that I thought were quite reasonable. People who are against gay marriage have been distributing all kinds of vile propaganda, which I refuse to repost, but the main reasons they are stating that same sex marriage should not be legalised have everything to do with their own fears and bigotry and nothing to do with actual marriage laws. It has nothing to do with the safe schools program, it has nothing to do with freedom of religion, it has nothing to do with gender definitions, it’s purely whether or not you think that two people that love each other should get married. The common argument always degenerates into “won’t someone think of the children” or, “but then I could marry my cat”, both of which are frankly, stupid.

My husband is an atheist. No religious people pitched a fit when I married him, not even my grandfather who has been a faithful Catholic attending church every Sunday and probably still does.

We weren’t married in a church. Nobody gave a shit.The only reason for anyone to have given a shit is if they were projecting their own insecurities onto us, and oh yes, there were some of those. Those who suggested that it was ridiculous that I got engaged to someone I’d been dating less than a year and then married relatively quickly afterwards. This was their position, that I didn’t know him very well. Their frame of reference was that he’d been in their picture only for a few months and that they’d been dating their partner for a good 5-6 years without getting engaged so I was making them look bad. Husbro had been in my picture for eleven goddamn years and if I wanted to marry him, sod their opinions, I was going to. You want to marry your boyfriend? Do it. If you’ve been together that long and not even discussed it, that’s not my problem.

Oh but the children! Think of the children! There are those that say that same sex couples can’t have children and that’s why gays shouldn’t marry. Would you say to a straight married couple who were struggling to get pregnant that their marriage is invalid or that they should have less rights? Would you have said that to me when I was undergoing fertility treatment? We’re not quite in Margaret Atwood’s Gilead-like Apocalypse… yet. Some straight people don’t want kids. Does that invalidate their marriages? No.

I really don’t understand what people think is going to happen if we let gay people get married. As far as I can see, allowing same sex marriage has absolutely zero effect on anyone who actually disagrees with it. People who tout freedom of religion as a reason for their opposition are hypocrites – freedom of religion also encompasses freedom from religion. People who say that marriage is traditionally between and man and a woman are also stuck on their own ideology – pretty sure once upon a time it was OK to marry a girl of any age as soon as she’d had her first period but that’s frowned upon these days, as is owning a bunch of slaves and raping/killing them on whim. Oh and of course, let’s not forget DIVORCE. Pretty sure that was super frowned on once upon a time, now America has a “conservative” President on his third marriage. Just because it was a thing back in the day, doesn’t mean it stays relevant today. I mean, we used to think that the cure for any ailment was to stick a bag of leeches on you and let them go to town. I dare you to try that one in a modern day emergency department.

I’m getting lost in my own argument now. I don’t know where I was going with this, apart from to say that the whole idea of having to fill out a survey to send back to the numbskulls running the country that we want our gay mates to have a cracking ace wedding without the results compelling them to act one way or another on the legislation is dumb.

I’m tired of seeing people be total jerks to people I love because they’re gay or transgender. Let them get married, doesn’t hurt you one bit. You’re still free to be the same miserable lonely cunt you always were. 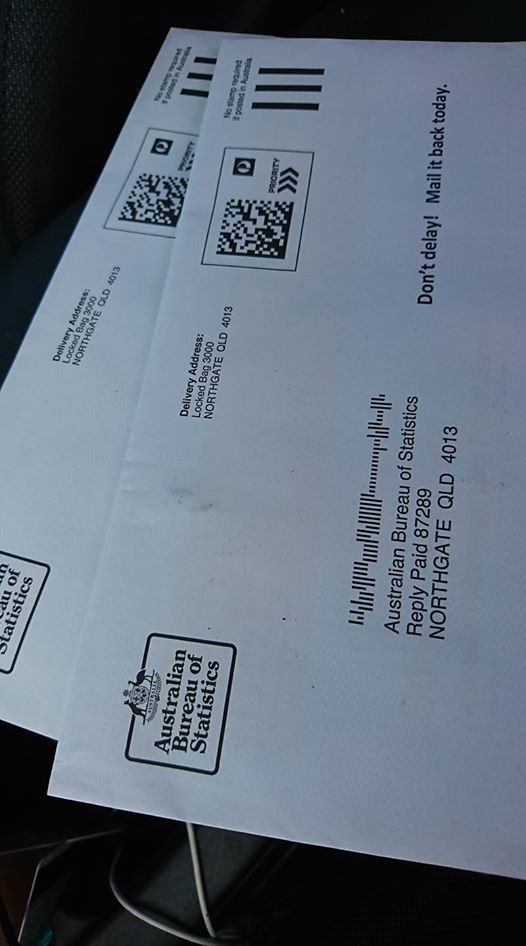 Don’t be an asshole. Vote Yes.