Bill Bailey is awesome. This is a fact. Even though I’m predisposed to like him, he truly is hilarious.

Why am I predisposed to like him? Well, he’s a larger than life clone of my uncle. They have the same look, although Bill has a bit more hair, they both fling their arms about when they talk, they both go bird watching and they both have big booming laughs. He’s not my uncle’s secret brother however, I’m pretty sure I met his actual secret brother, possibly his identical twin, in Adelaide last year. Luckily I didn’t punch him for ignoring me as I was giving him a creepy “why aren’t you acknowledging me, you buttmuncher?” glare as I walked towards him, because it wasn’t until I was about 2 inches away I realised it wasn’t him. My uncle is adopted, so I have a tendency to meet his secret brothers a lot. I even became convinved that one of my friends was one. 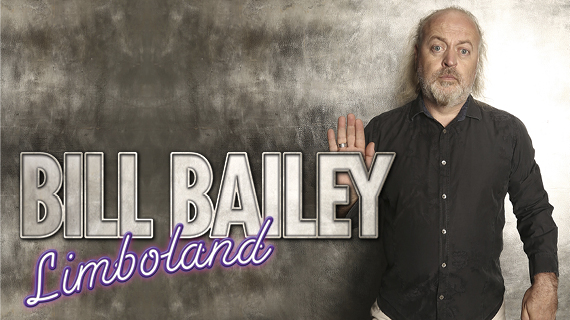 His opening salvo was to make fun of Tony Abbott, which naturally only endeared him to me even more (“All the comedians in the world thank you for that one.”). His show was a delightful mix of political and social commentary mixed with his trademark musical talents. I won’t be saying “Not too bad, all things considered” in a hurry without trying to rattle off his impressively large list of things that should be considered. He remixed the Downton Abbey theme to be reggae, did a Kraftwerk remix of Wrecking Ball and a Rammstein version of Waterloo. He sang the most depressing version of Happy Birthday which left me in stitches. The long and short of it is that he is a master comedian – while making us wet ourselves trying to stifle unmanly giggles (like my husband), he was weaving an intricate theme of a society turned on it’s head by boredom, apathy and seeking the next shiny bright thing. I can’t quite remember the context of his “political crystal meth” comment, but it was disturbingly profound.

The true genious in his show however is that he uses a massive array of beautiful, very English, words to convey his point and there wasn’t a single swear word to be heard. As someone who swears like a fishwife because most people look at me like a dull turnip if I call them a “puddle of miserable excrement”, it was very noticeable. Also noticeable, was the lack of toilet humour. Sure, sex and farts can be awkward and hilarious, but they’re topics that are so done you’re pretty much treading through other people’s sewerage if you use that as your comedic mainstay. Limboland was subsequently rather PG-rated, but I would highly, highly encourage anyone to go and see it. I haven’t laughed like that in a very long time.