I really liked the first book in this series, Rough Diamond.  Erica Jewell is a perfectly ordinary person trying to distance herself from her scumbag ex-husband and all of his debts.  But Jack Jones shows up bleeding on her doorstep and she decides to save him.  What follows is the usual fare of Bumbling Female Detective Style antics and awkward crushes on inappropriate men, but with a uniquely Australian twist. I loved it and I was really looking forward to the sequel, Monkey Business. 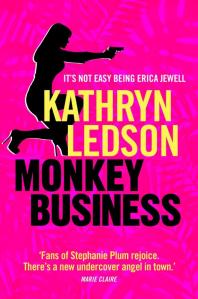 There may be actual monkeys.

Monkey Business is the return of Erica and Jack. Or the return of Erica and the departure of Jack for shores unknown on a dangerous mission. Jack and trusty sidekick Joe go missing and Erica takes it upon herself to save them.  But not before she gets completely shitfaced at a Tupperware party and tells the emotionally unavailable Jack she loves him before he disappears.

Erica crossed the line from lovably inept to catastrophically stupid in this latest one. To be fair, I wasn’t expecting her to turn into Jason Bourne, but in the previous installment she had more smarts about her than Stephanie Plum ever had. She drinks an awful lot to drown her feelings for Jack which she isn’t sure are reciprocated, and spills her secrets to all and sundry. Yes, it’s a very smart decision to tell locals in an obviously corrupt small island country that you’re looking for your boyfriend who’s on a secret military mission and has gone missing.  I get that she’s not secret agent material, but that’s just stupid. She does some other not very smart things, eventually finds them and “saves them” although it’s more happy coincidence that she’s managed to get this far at all. She gets them off the island by threatening to expose her boss, who is both her ordinary boss and secret vigilante boss and for some ridiculous reason, he actually congratulates her on a job well done when everyone is home and safe. 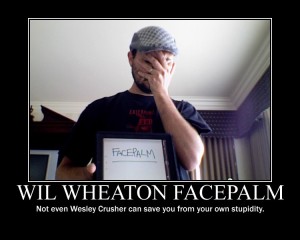 Don’t get me wrong, this was still an enjoyable book.  Kathryn Ledson has a way of writing in a wonderfully casual, but very Australian voice which makes me smile quite a lot. The pacing was reasonably well done and the storyline itself wasn’t actually bad, but I was disappointed that Erica seemed so stupid and codependent.