To everyone who supported my crazy self this year, thank you.

This will likely sound like a bunch of self-congratulatory wank, but so what, I have a lot to sing about today. 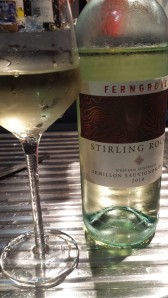 One degree down. Yessss! The moment I truly never thought would arrive has finally arrived. It still seems a bit surreal. Six very long years. I can say with complete honesty that I fought valiantly, tooth, nail and claw, raging against the stupid system the entire time to emerge victorious. It was a hard fight at times, but I had some pretty good people fighting alongside me. Were it not for them, I would have chucked the whole lot in many times over.

As official as it gets!

I just received an excellent mark for a piece of life writing I did for my English degree, although was criticised for my structure and grammar. After rereading it this morning I cringed to realise the criticism was justly deserved.

Note to self: Don’t write further assignments while drunk. Or at least proofread them before you press submit, you twit. (yes, that was a thing I did. Aren’t all great writers supposed to write when intoxicated?).

I also decided to accept the offer of postgraduate honours work that was made to me. I spoke with the head of the school in Adelaide who made the helpful suggestion that my thesis was actually more suited to a PhD and perhaps for honours instead I could just do some research to support that PhD thesis. So, I’m driving down that road currently. I will be focusing on rural and remote emergency department challenges. Looks like working in Mareeba sparked a few things.

I also managed to get a stupidly cheap deal for a trip to Japan. $450 return flight. It’s ridiculous, I paid $1300 to fly myself to Perth last year and it’s in the same goddamn country. My sister is coming with me, which will be good.  She’s always banging on about how she wants to have a weekend away somewhere (she usually suggests Melbourne) without the husbands or kids. Japan is a little further afield, but she speaks Japanese so she’ll be kind of useful and most importantly, not expecting me to drive! (I know you read this, get a damn license!). Sadly, we have a May departure. On the plus side, heaps of time to read Lonely Planet and work out where we’re going!

Finally, since it’s Christmas and the end of the year and all that jazz, I’ve been reading lots of “Best/Top ___ of 2013” posts. I’ve written three negative book reviews in a row, so I might write some “Things that were awesome this year” posts. But be forewarned, I am not up on contemporary anythings, I am too busy to follow the latest stuff so I’ll be the daggy kid trying desperately to be cool and referencing stuff from 5 years ago.

By the way, is Miley Cyrus cool these days? I accidentally got a haircut like hers, but red.